Graham T. Allison and Robert Blackwill authored a paper for the US Department of Justice titled, "America's National Interest."

"After the collapse of the Soviet Union, America's global policy has been confused and adrift. There are only five vital national interests: to prevent the threat of an attack of weapons of mass destruction on U.S. soil or its military abroad; to ensure U.S. allies' survival and cooperation to shape an international system in which we can thrive; to prevent the emergence of hostile powers on U.S. borders; to ensure the viability of major global systems; and to establish productive relations with nations that could become adversaries. 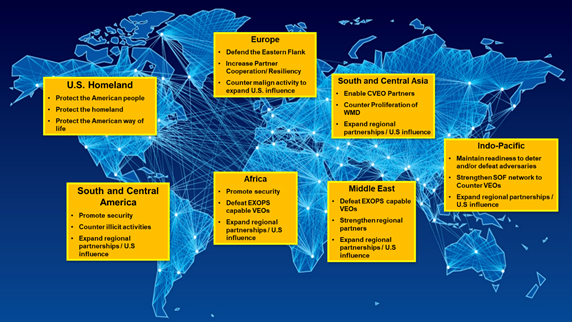 "A president faces six cardinal challenges: to strengthen partnerships with Japan and European allies despite an immediate threat; to facilitate China's entry onto the world stage without disruption; to prevent the loss of control of nuclear weapons; to prevent Russia's reversion to authoritarianism or chaos; to maintain the United States singular leadership; and to marshal forces that promote freedom and prosperity. Interests are defined as vital, extremely important, important and secondary. Vital interests are necessary to enhance America's survival. Extremely important interests would prejudice but not imperil the United States. Important interests would, if compromised, have major negative consequences for the United States. Secondary interests are desirable conditions, but have little direct impact on the United States. The report provides a summary of national interests -- listing them in three categories of descending importance -- in China, Russia, Europe and NATO, the Middle East, the Western Hemisphere, nuclear future, proliferation of weapons of mass destruction, terrorism, drugs, international trade and development, cyberspace, global environment, and military capabilities."

What do you think? Is this a complete list of US national interests? Is it accurate?

Every candidate and every political party who fields candidates for public office should both have and publish their position on this camp topic (Define US National Interests) as a condition for public support, so people know how the candidate proposes to represent them, and they (the people) can hold him (shorthand for all genders) accountable for how their actual representation and votes compare to what their campaign position on this topic was.